Period ! You can do back flips on the D, cook his favorite food every single day and even finance his life and he still might leave ! Yo... 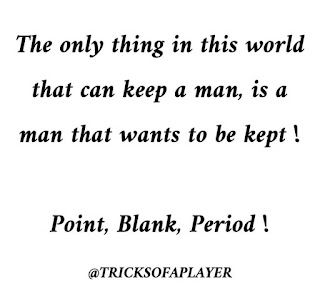 You Told Me You Loved Me But You Kissed Her Goodnight 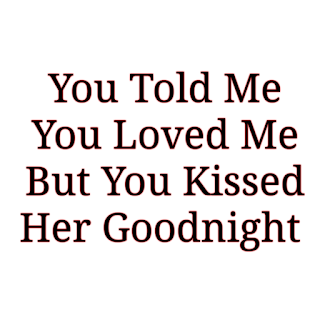 This is soo deep but this is reality.. A person playing you will look you in your eye and tell you they love you but behind you they will be telling another woman the same thing. How can you tell someone you love them when you're doing something that will break their heart into pieces. How can you call that love? Now some do say that a man still loves you even though he cheats but this is very difficult for me to believe. How can someone claim to love you when they're sharing their love with somebody else. Is it possible to love two people at a time? I just don't know ! Now people do say that a man could have sex with someone other than his partner without catching any emotional feelings or attachment because they know how to switch off any emotional attachment. I kind of do believe that some men just see sex as sex and do not get attached emotionally which is why there are a number of one night stands etc whereas it may be different for a female because alot of us females do get emotionally attached. Why can't people just be content with having one lover in their life, why is it almost a must to have more than one lover. I swear everywhere i look these days, whether its social media or magazines, there is always a story about somebody being played, its a regular thing now. It's soo difficult these days to find someone who will be faithful, what kind of world do we live in?

Tricks Of A Player Ebook Available In Nigeria On Okada Books :
https://okadabooks.com/book/about/tricks_of_a_player/24174

Tricks Of A Player Ebook Available on Lulu Store:
http://www.lulu.com/shop/jasmine-remi-ilori/tricks-of-a-player-modern-womans-guide/ebook/product-23804981.html
at November 25, 2018 No comments:
Email ThisBlogThis!Share to TwitterShare to FacebookShare to Pinterest 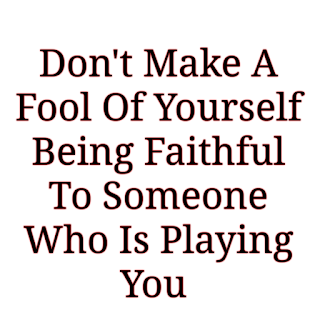 Ladies this is very important ! Being faithful to somebody who is playing you is you basically playing yourself for a fool.  Once you find out your partner is cheating on you, that is your queue to exit. I promise you that if you stay, they will continue to play you because they know they can get away with it. You have to put yourself first and save yourself from continuous heartbreak and leaving is the only way to do this. Now, i'm not saying this is easy because I can't even lie, in my own situation it took me a few years to actually gain the courage to put myself first and walk out of the relationship, so i know how hard it is but trust me when i say when i finally left it was the best decision I ever made for myself. I felt a huge sense of relief after I left, there was no more looking over my back, no more feeling insecure, no more feeling angry and no more feeling worried that it may happen again.  Now i'm not saying leave for good but you have to take this step if you want change, trust me if your partner loves you, they will realise this once you leave and I assure you that they will try their hardest to make sure that they do not hurt you again.

Click Link Below For Tricks Of A Player Ebook :

at November 18, 2018 No comments:
Email ThisBlogThis!Share to TwitterShare to FacebookShare to Pinterest

Dear Women, Be Proud Of Your Heart 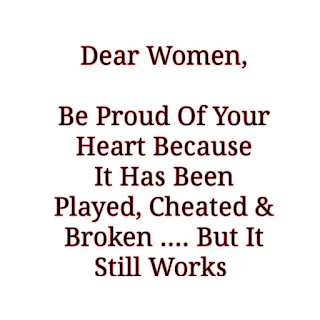 I am proud of all the strong women out there who have been played and broken but still has space in their heart to love. It takes a lot of strength and a lot of courage to bounce back from a heartbreak to which im sure most of you reading this have experienced. A heartbreak can break you down mentally and physically and make you question every aspect of yourself. I remember after my first heartbreak i always seemed to ask myself Why Me? or Was I Not Good Enough? .... But the reality is, it's not your fault and you are more than good enough !!  Ladies, Do not allow a heartbreak to destroy you or make you look at yourself as though you are less than what you really are .. You are amazing and You are more than good enough !! Unfortunately there are people you will invite into your life that will treat you less than you deserve but that does not mean you are the standards that they treat you at, no, it just means you have made a simple mistake in choosing someone who does not know your worth. Now the fact is, in order for someone to know your worth, its important that you know and believe that you are worthy. If you don't, they can see this and they will treat you based on how you treat yourself. Ladies, know your worth & stop settling for less than what you deserve. You & your heart deserves the best ! Please never forget to protect your heart at all costs, your heart is the most vital organ in your body and it must be protected at all times. Settling for a guy who does not know how to love you, is not protecting your heart ladies, it's breaking it ! 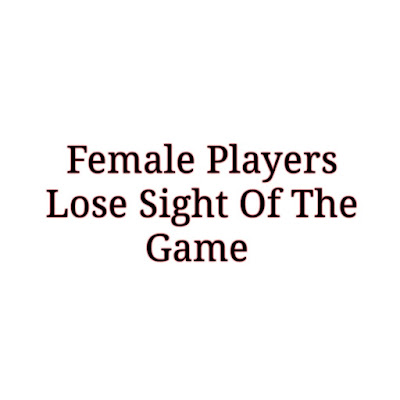 Ain't this is a straight up fact,which is most probably why there are more male players out there than female players. Now the reason this may be, is just due to the fact that some females get emotionally attached easily which enables them to lose sight of the game they started. There's a saying that if a woman steps out of the relationship, she no longer loves the man she stepped out on  but if a male does the same there is a possibility he still loves the woman and it's just the simple fact that he is greedy. Now lets be honest, alot of females wear their heart on their sleeves which enables them to become vulnerable and once they fall in love it's literally game over and this is the stage and the reason most players take advantage. When a male player sees that the female loves him too much, he plays games knowing that she will continue to forgive him time and time again.  Male players can easily play the game without losing sight because they know how to prevent themselves from being emotionally attached but I believe that female players are different.
I believe that female players start playing the game strong but once their feelings get involved, they end up losing sight of the game just due to the simple fact us women fall too hard.

Purchase the Tricks Of The Player Ebook Below: